Retrospective exhibition “Photo Group BEG 45” will be opened in the gallery of the Museum of Photography on the 23rd of January at 17.30.

The group’s first appearance in public was in the August of 1975 in the Pegasus café in Tallinn. Later exhibitions followed in the Art Institute of Estonia and in the “Photo Tower” Kiek in de Kök, and thereafter in France, Lithuania, Latvia and Russia. The photo group BEG stood out in exhibitions and photo contests, attaining prize positions and bringing home diplomas. They were broadcast in local and international media and television. The active period of the group ended with the 1970s.

Members of BEG used brave and creatively different photo technological possibilities, which were not in wide use back then. They enlarged their exhibition works on aerial photo materials, toned and colorised their photos, and so on. The aim of the photo group was to create exhibition projects that were entire, the works were often collaborations. This is confirmed by Kärema and Paalmäe’s children-themed photos and also by Klimov and Kuljus’s act series that was photographed in the airport. The group strongly stood for environmental and social issues, and they spoke of these, in the words of Peeter Tooming, sometimes mildly, but also at times in a brutal or even ruthless manner. 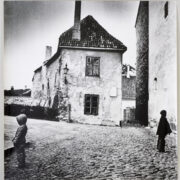