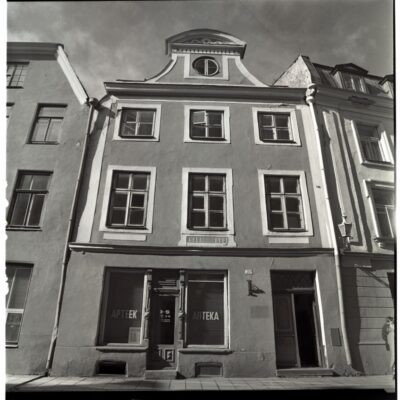 The Russian Museum in Tallinn introduces the changes in the architecture of the house over the centuries, intertwining the cultural history and the people related to the house.

Apparently, the houses in Tallinn’s Old Town are all quite similar. Nevertheless, their history, what happened in them and the destinies of their owners are very different. We would like to share the story of the house and highlight its uniqueness.

The Russian Museum in Tallinn is located in an old merchant’s house. The street it is located was one of the city’s trade zones in the Middle Ages. A number of historical details have been preserved in the house, starting from the facade and ending with the vaulted ceiling and wall paintings of the second floor. The building has been rebuilt several times, but its medieval layout can still be guessed.