The main exhibition of the Year of Portrait of the Museum of Photography brings to the viewers the avant-garde portrait photos of the 1980s and 1990s. It takes a look at the vision of people,time and photography as such of the time.

During the 1980s, there was a pivotal breakthrough in the Estonian society, art as well as photography. On the one hand, there was still the Soviet life, on the other hand there were feelings related to regaining independence. A new generation of young creatives had arisen. The genres in photography started to change. Earlier sense of modernism disappeared, which did not mean that there was no technical experimenting. Instead of previously used special techniques of gelatine silver photography, pre-processing of negatives or post-processing of photos was used: tinting, scraping, drawing etc. At the same time, the trend was more towards conceptualism. Light and shadow ratio and fancy aesthetics became insignificant, emotion and protests rose to the forefront and were highlighted in form.

Peeter Laurits: “If we look at the works of the Estonian photographers from 1980s, it was extremely popular to ‘torture’ the negatives in every direction. One of the reasons was the low quality of the photo materials that were available during the Soviet times – there was no hope to achieve high technical quality. Secondly, there was no high-quality technology for zooming. That is why very many Estonian photo artists turned their backs on good photos and started to aim for expressiveness in their works.”

Mark Raidpere: “Photography of the digital age allows practically anything. With the progression of time, the more of anything is allowed. And this multiplicity of opportunities has, for me, killed the enchantment, excitement and expressiveness of photography as a medium.”

The exhibition displays nearly fifty originals of twenty authors from the archives of the Museum of Photography, six video interviews and one artistic author’s film.

Curators of the exhibition: Tanel Verk and Annika Haas 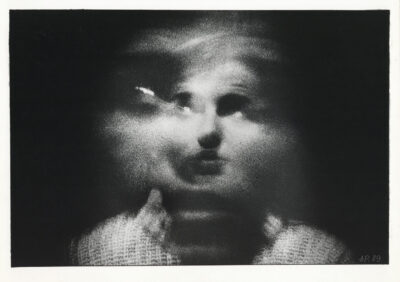