The streets of Tallinn, or Reval as it was once known, as the capital of the young Republic of Estonia, the capital of the war-torn ESSR and the capital of Estonia again striving towards freedom – have seen a lot. The latest addition to Tallinn City Museum’s Varamu series contains a selection of 274 historical photographs from the collection of the Museum of Photography, depicting events that had an impact on the life and surroundings of the people of Tallinn. These events affected many, and resulted in changes in people’s way of life or even in the public order. This album presents images from the beginning of the railway connection between Reval and St. Petersburg; the opening of a symbol of the power of the Russian Empire at Heinaturg or Vabaduse väljak: a monument to Peter I in 1910, and then also when that monument was taken down in 1922. There are photographs of the expansive construction work of the 1930s in the Republic of Estonia, WWII and its path of destruction, the Olympic fever of 1980, and the winds of freedom in Tallinn that again waved the blue-black-white tricolour.

The photographs of events are accompanied by short introductory texts in Estonian and English.

As it is, the album of photographs from 1856–1990 from the photography collection of Tallinn City Museum is suitable for the people of Tallinn to reflect and as a gift highlighting the history of the city for foreign visitors.

The book was prepared in collaboration with the publisher Tänapäev, and is the second in the Varamu series by Tallinn City Museum.

The transmission of digital reproductions and photographs of the items in the collections of the Tallinn City Museum and the use thereof that is respectful of copyright is free of charge and without any restrictions imposed by the museum, on the condition that the author of the original item is referred to along with the name and the collection identifier of the museum.

Slides from the Estonian presentation can be viewed HERE (pdf)

The book can be purchased for €32 at the City Museum, the Museum of Photography and the Kiek in de Kök Fortifications Museum.
It is also possible to purchase earlier Tallinn City Museum publications at an affordable price: the jubilee collection of the Tallinn City Museum From a medieval merchant’s house to a museum and an album of historical photographs Estonian folk costumes. 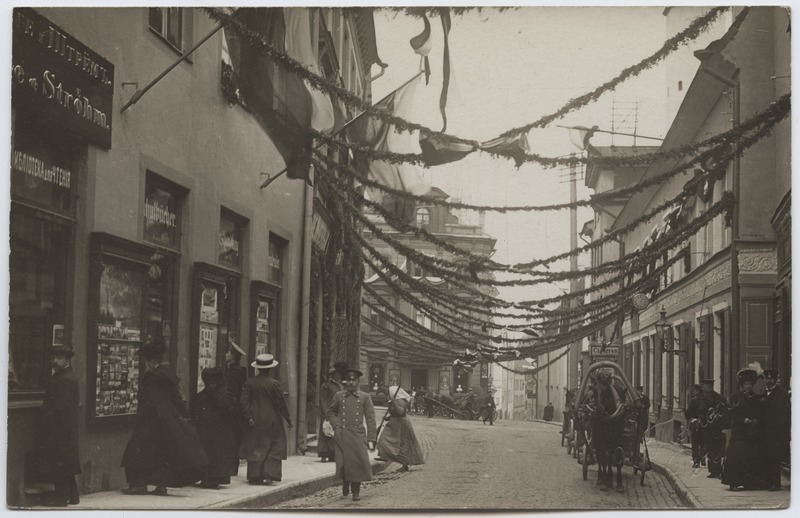 Photos from the book: