From April 14 we invite the audience to the exhibition “To All the Bobbies Out There” by Australian-based Estonian photographer Karoliina Kase in the project room of the Museum of Photography. The photo project deals with an important topic of how animals are treated in large farms. The photographer brings to light painful photos and makes us think about our consumption habits. 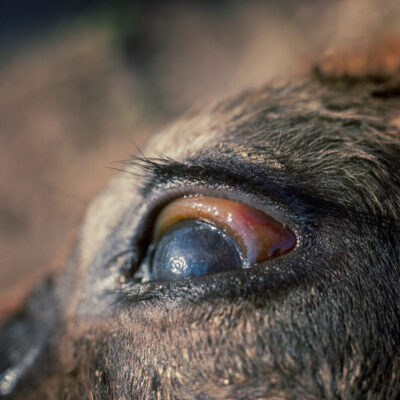 Kase: “In 2019, I moved from Estonia to Australia on a Working Holiday Visa. I found my first job on a dairy farm as backpackers have to meet regional work requirements in order to extend our stay in the country. I felt uneasy before starting work on the dairy farm due to my concerns about animal welfare. By that time, I had given up meat, but I believed that dairy production was not that bad. Yet I was not prepared for what I was about to witness on a commercial dairy farm.”

Throughout my time on the farm, photographer realised how animal abuse is an inherent part of dairy farming. On all dairy farms, female animals are impregnated almost yearly. Young animals are taken away from their mothers as early as right after birth, which causes tremendous distress to the cow as well as the calf. While female calves are reared for future dairy production, male or bobby calves are mostly sent to the slaughterhouse as they are considered a waste product. Even though cows can live up to 20 years, most dairy cows are sent to slaughter at around age 6.

Besides what is considered normal in dairy production, photographer witnessed numerous accounts of neglect and abuse–cows physically attacked, inexperienced workers causing animal deaths, and disabled animals left to perish. Sending tens of thousands litres of water down the drain every day, just to clean up the yard after milking, made her realise how harmful the industry is to the environment. Receiving wages below the legal minimum and witnessing how workers’ rights were violated, Kase learned how animal agriculture not only exploits animals, but oftentimes even people.

Kase: “Even though my initial reaction after my first day on the farm was to leave, I decided to stay in order to document life on an average dairy farm. While the focus of this project is on animals, I also consider environmental and socioeconomic issues.”

Karoliina Kase was born in Estonia, but her studies have taken her to Costa Rica and the United States. In 2015, Karoliina received her bachelor’s degree in Visual Arts with Honours at Brown University. Kase has since exhibited in solo and group shows in Europe as well as the United States. She has been internationally awarded and published. She currently lives and works in Australia. While her earlier work combines personal experience and fiction to communicate psychological narratives, her latest projects revolve around civilisation at large–humanity’s relationship with fellow species and the natural environment.

We are so grateful to supporters of the exhibition: The ProVeg International and VegFund