The portrait series “EHA” by Estonian photographer Sirli Raitma, who lives in London, shows the photographer’s mother, depicted in unusual situations, poses and clothing. Eha was born in Viljandi County in 1950, worked as an accountant in Suure-Jaani lemonade factory, and later was a clerk in the meat section of a grocery store. At the age of 43, Eha had her first stroke and in a few years, another. Her mental acuity and sense of humour remained, but the left side of her body became weak. That is why she limps her left leg and why her left eye is almost blind.
In 2004, Sirli moved to England, where her sister and her mother Eha had also mover earlier. Eha was now a widow, suffering from epilepsy and not speaking much English. She had no acquaintances in the new country. In time, depression crept in, and her view on life became dim. Something had to be done. After meeting a doctor and starting a treatment course, Sirli came up with the idea of giving her mother something new to focus on. The project “EHA” started with a new haircut and changed everything. The idea of a photo project was born. The mother and her daughter started going to charity shops together, experimenting with looks. Eha got back her joy of living. “Eha is a natural model who cheerfully plays along with my visual fantasies. This project has affected both of us, and it is encouraging to see that the results are also having an impact on viewers. The feedback has been fantastic and consistent. It has prompted many to think about the state of their family and how the family members treat each other,” Raitma tells about her series.
Sirli Raitma’s portraits are a narrative of her mother, with a general human background that is familiar to all viewers. Raitma’s works are joined together by a humorous approach to a sensitive subject and they show the photographer’s skill in capturing her mother’s struggle and pride, which illustrates the ability of portraits to express loss and induce memories. For Raitma, taking photos of her mother Eha is both a photographic game and a subconscious healing medicine to bring a beloved person out of depression. This project is a self-expression of two people, and the main thing is that there is a strong bond between those two.
After having seen an exhibition of Tim Walker, a source of inspiration for her, at the Victoria and Albert Museum, the photographer was became convinced once more that it was worth it to continue the intuitive, fantasy-borne path that leads her behind her camera. “Everything has come in a simple and natural way somehow; I am guided by the joy of creation in my work, and I often cannot even tell why I do this or that the way I do it.”
“Experiment” is the key word in Raitma’s portrait work. The emotions that the viewer gets are a matter of the audience’s own perception. “Our associations, looking at one picture or another, are different anyway. For example, Eha’s portrait with dianthus flowers brings out completely different imaginative associations in people with different backgrounds. As we took pictures around the date of May 9, I tried desperately to find dianthus flowers in London that day, even though it seemed impossible. Finally, after a long search, I found them. A person who has nothing to do with Soviet time cannot see the symbolism of these flowers, referring to the model’s historical background. Or take the smock frock. In one of her mother’s lady friends, it created an emotion that Eha looks like a Russian widow, but the international audience often doesn’t see that background. So, seeing depends on our own background, the viewer’s history.” In her photographic games with her mother, Raitma wants to get back to Eha’s home, Suure-Jaani, to portray her in those places that make up the story of her life.
Raitma’s success has skyrocketed in recent years: winning the Portrait of Britain 2019 competition, happily getting on the list of selected candidates for the American Photography Open 2019 and the Life Framer Open Call 2019 competitions, being selected as an author in the world’s most famous portrait competition, the Taylor Wessing Photographic Portrait Prize 2019, etc. But the greatest achievement is the human and spiritual satisfaction and appreciation that was restored in the photographic game of mother and daughter. It is remarkable that among the visual discussions of portrait photography, a personal family saga has indeed been set higher than the habitual subjects of modern photography – the transgender, the non-binary people, the racial topics, the sufferers of wars, etc. – showing that sensitive stories do exist all around us. In outstanding art halls, we are conditioned to reflect on how we identify ourselves in a collective, in power structures and in symbolic revelations of history. But now, with the help of classic photo media, we have been shown an unexpected path to the realisation that “different” is present in our intimate sphere, permanently.
Sirli Raitma’s website: https://www.sirliraitma.com/
Curator and more information: Annika Haas ; telefon: 56610694 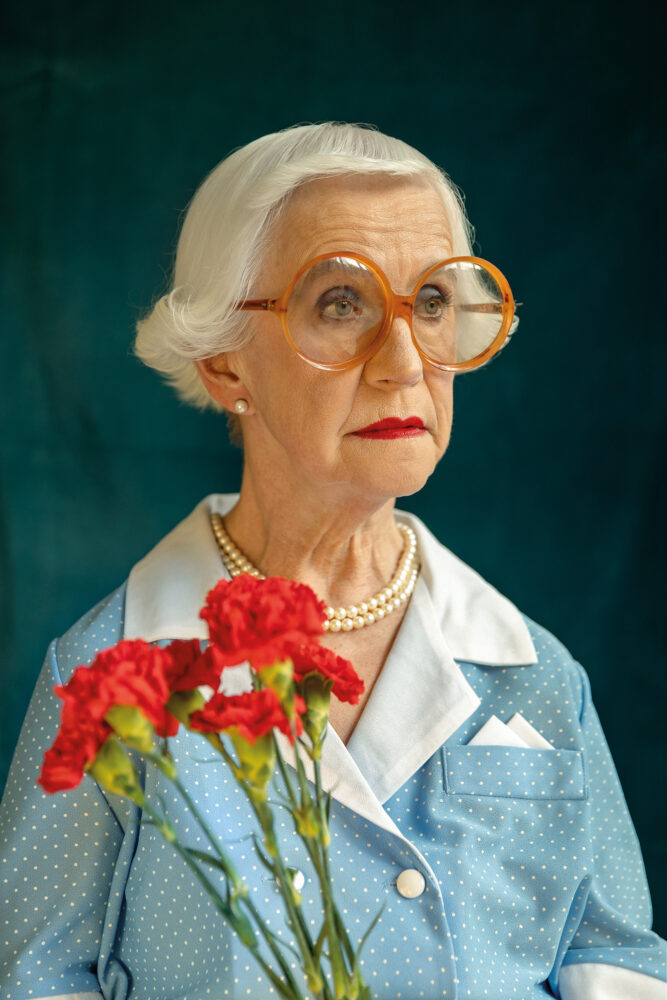 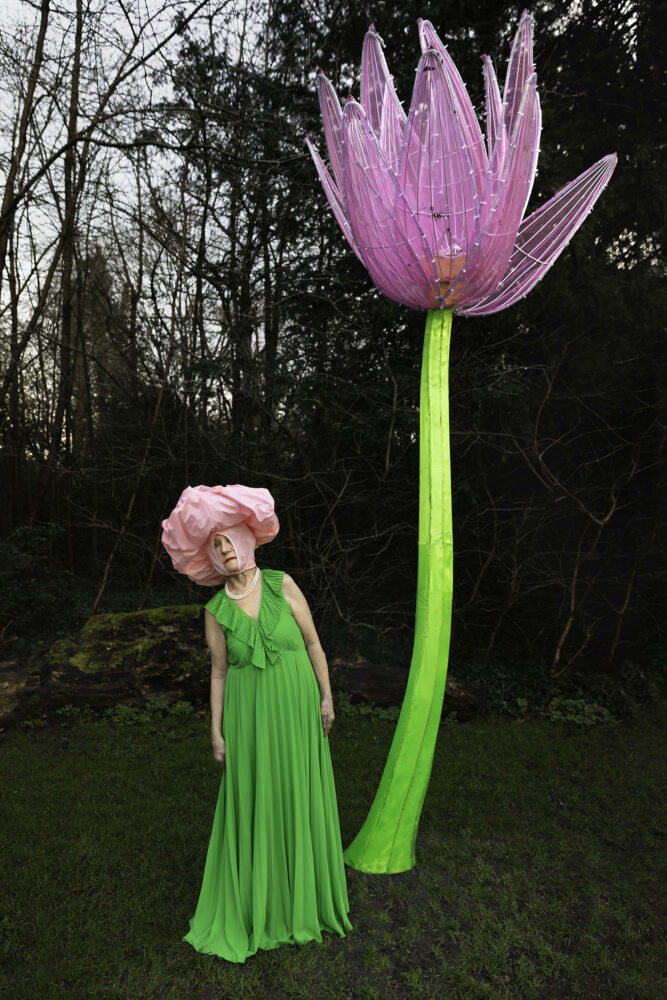 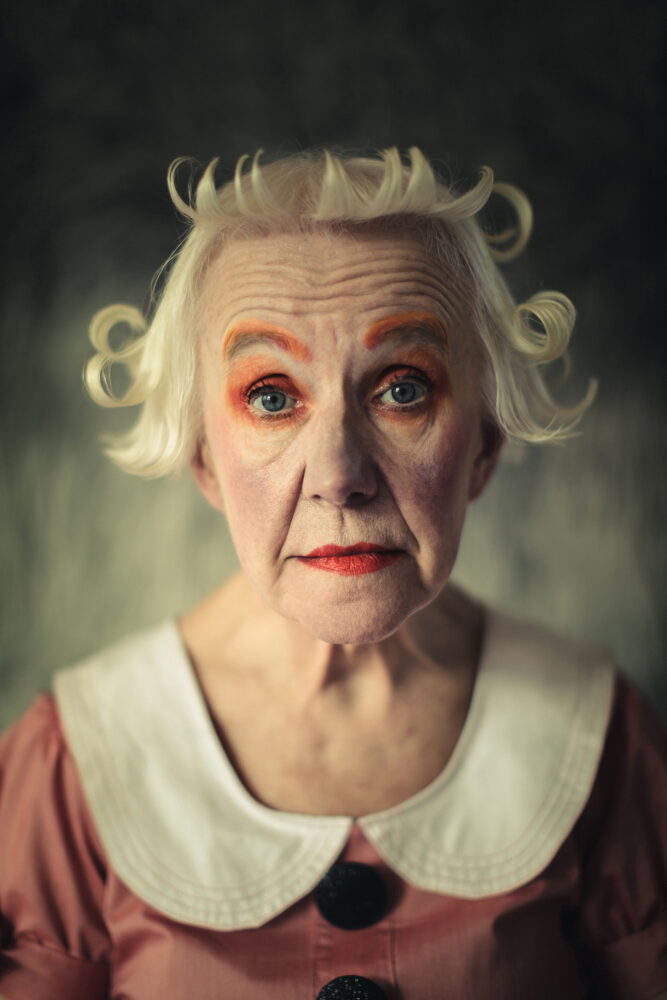