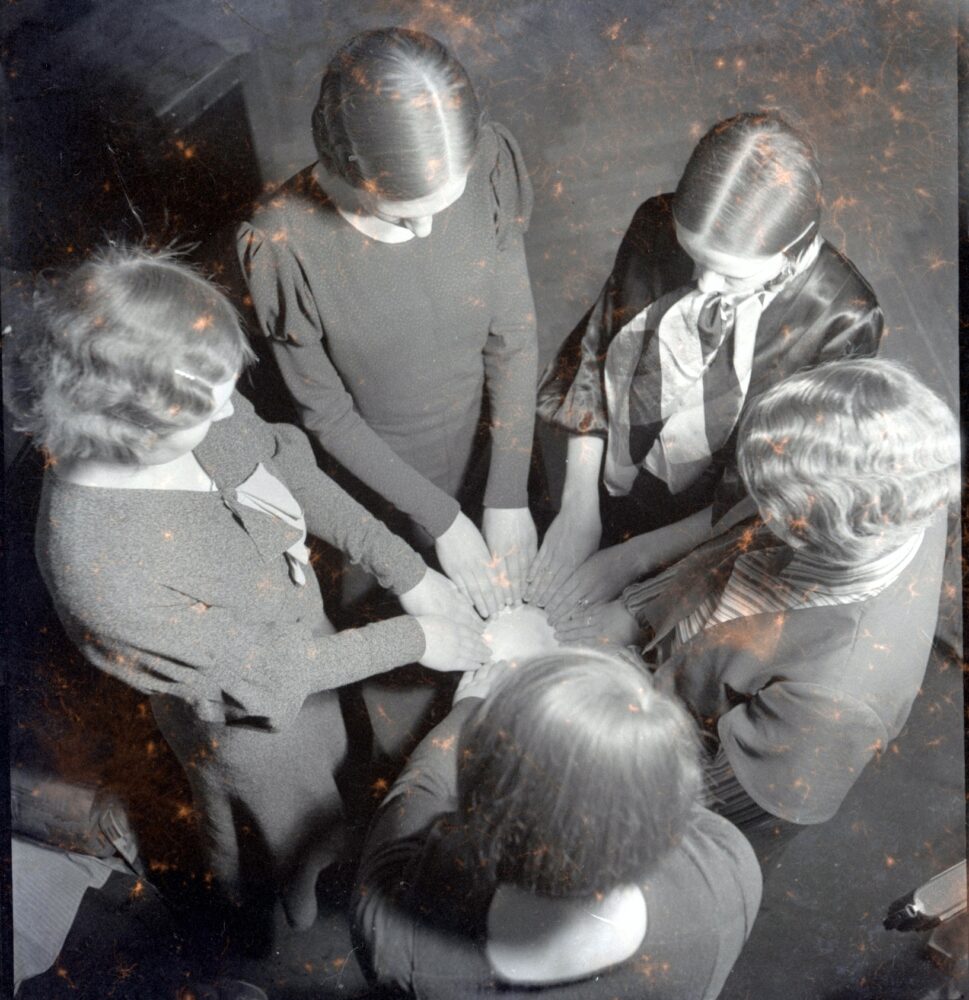 “Metapsychic Tallinn” is an exhibition introducing the occultists of pre-war Tallinn, the associations they formed and the findings of the studies they conducted.

Entrance to the Gate Tower of the Short Leg (Lühikese jala väravatorn) from the Kiek in de Kök Fortification Museum, along the parapet through the Maiden Tower (Neitsitorn).

In the Estonian folk calendar, November marks the month of spirits. Nature is in decay, the air filled with the scent of lost time, and dark autumn nights evoke thoughts about the afterlife. There have always been those who sense the hidden forces of being, claiming to possess the ability to talk to the dead and deliver messages from the hereafter. These people are called mediums and clairvoyants, occultists and esoterics.

The exhibition introduces the occultists of pre-war Tallinn, the associations they formed and the findings of the studies they conducted.

The exhibition is held in the Gate Tower of the Short Leg (Lühikese jala väravatorn), one of the most well-known haunted towers of Tallinn. There, people have sometimes seen a phantom monk appear, a robed man with an expression conveying suffering. In the 1930s, the phenomenon of the phantom monk was avidly studied by the Association of Psychic Studies, a group based in Tallinn and dedicated to the study of mysterious phenomena. Members of the association gathered information on the sightings of the monk and used a medium to try and make contact with the phantom.

During the 1930s, the study of paranormal phenomena was very popular in Tallinn: the capital was even named the headquarters of occultists in Northern Europe. Newspapers published sensational stories of spirit seances and descriptions of various occult phenomena.

The exhibition displays information on the once renowned hypnotist Bernhard Johanson, medium Mai Kalamees and an organisation dedicated to paranormal studies, the Estonian Metapsychic Association.

The exhibition will reveal what Mai Kalamees predicted will happen to Estonia in the year 2000, what she described life was like in the Bridgettine Convent in Pirita before its destruction in 1577, and what kind of fate she anticipated for Joseph Stalin. Visitors can also read the phantom monk’s message to his contemporaries.

Curator: historian Toomas Abiline
Designer: Anne Järvpõld
Showing at the exhibition is the 1994 film “The Haunted Houses of Tallinn” (produced by Eesti Telefilm).

The exhibition is based on the archive material of the Estonian Metapsychic Association active in the 1930s.

The study of paranormal phenomena was popular in Tallinn in the 1930s. Photo from Tallinn City Museum collection tlm_f9863